The staff of Avalanche Science wishes a Happy New year to all! 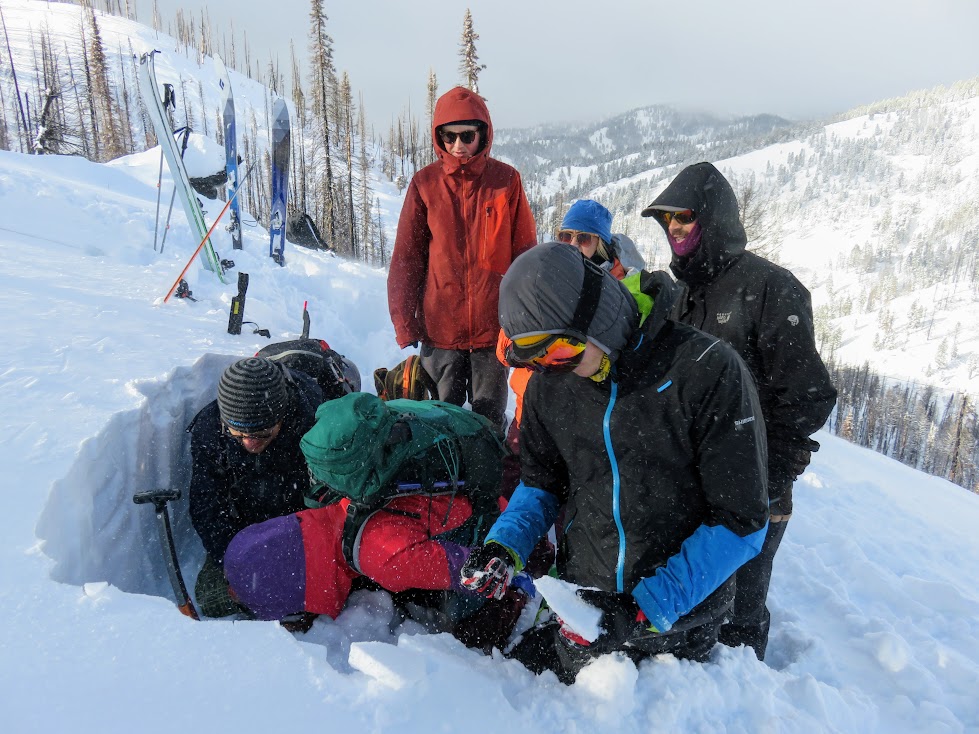 The early season snowpack conditions allowed participants to be exposed to various avalanche problems such as a surface hoar layer buried 50-60 cm from the surface responsible for a "stubborn" persistent slab, a buried depth hoar layer at the 90-100 cm depth resulting in an "unpredictable and reactive" deep slab, and "touchy" wind slabs from the latest storm cycle. 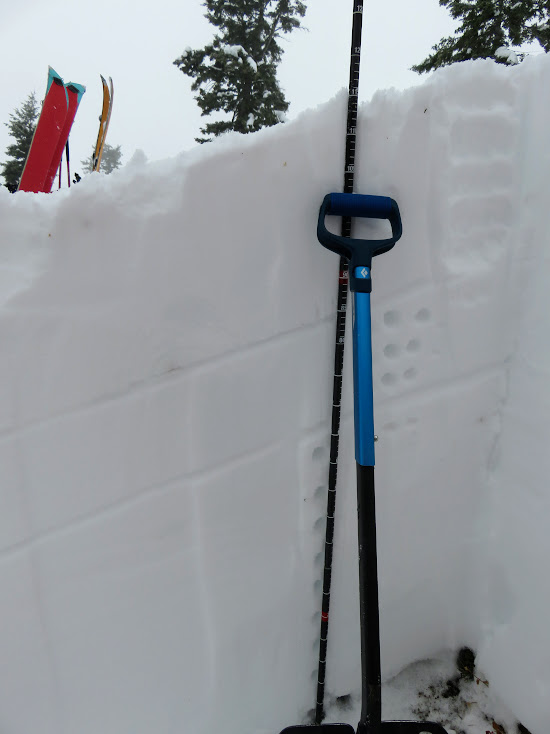 The formation and burial of near-surface facets (NSF) were also observed by course participants. This provided an opportunity for course participants to track the change in snowpack structure and reactivity due to rounding and sintering metamorphosis for the topmost layers as well as the basal facet layer close to the ground. 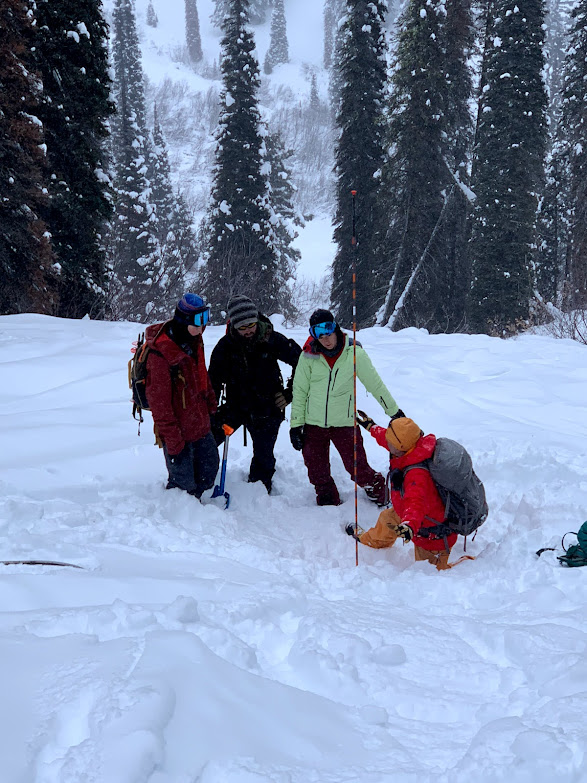 It is said that we can never practice enough. Course participants also were immersed in the latest updates related to avalanche companion rescue. Emphasis was placed at the transceiver to search probe transition during a rescue since it is common for most avalanche rescuers to struggle at that phase.

The final day of the last 2018 Avalanche Science course was a memorable one for various reasons. The powder skiing was phenomenal. The highly dynamic weather, avalanche, and snowpack conditions tested the ability of course participants to integrate situational awareness into decision making. About 20 cms of new snow precipitated in the top of a layer of lager fragile stellar light crystals. Strong winds impacting elevations down to the 6500 feet rapidly developed soft wind slabs not only at ridge tops but also cross loaded starting zones.

Sunday's wind slab avalanche problem provided evidence of instability with very easy compression scores and reactive surface cracking during ski cut tests. In addition, isolated areas with deep slab depth hoar provided excitement with a whump and moderate fracture propensity scores. But their hard work paid off since they were able to identify and ski terrain with slopes angles in the low 30's that lacked structural weaknesses responsible for observed instabilities. 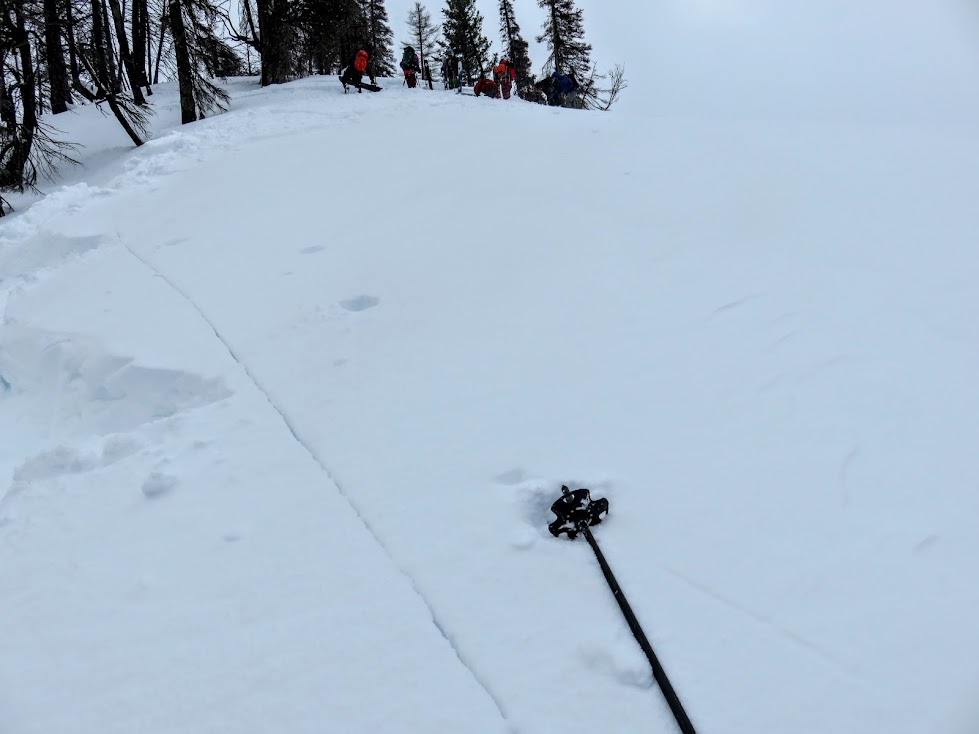 During the last few days, the two avi L1 course teams searched for evidence of surface hoar persistent slab reactivity without success. The SH layer could be easily identified at the snowpit side pit wall. However, every test at the various aspect and elevations across Mores Creek Summit produced test results associated with stubborn reactivity due to a melt-freeze cycle that impacted the SH layer prior to its burial by snow weeks ago. 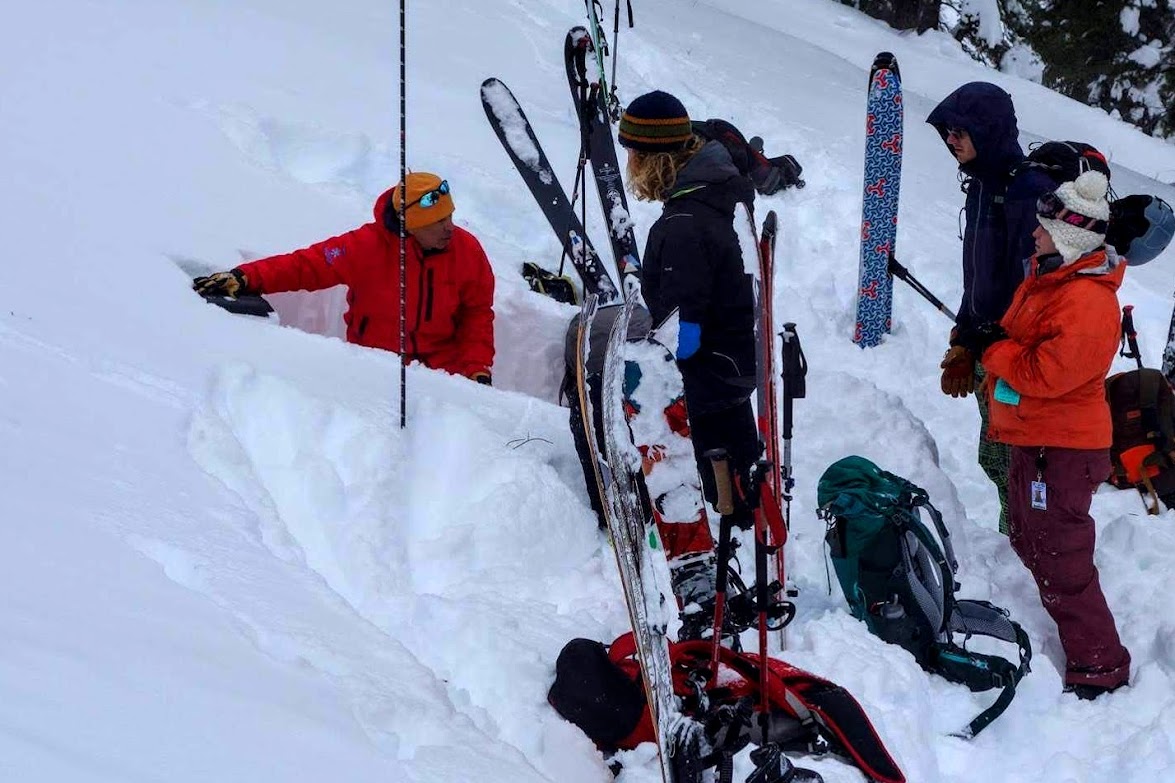 n summary, the snow depth at Mores Creek Summit is finally exceeding the 1 meter at most elevations and aspects. This marks the start of a transition period from early winter persistent slab problems into a mid-winter snowpack, with avalanche problems dominated by short-term storms and wind slabs.

For additional details about MCS snowpack from December 30 refer to the observations submitted to Sawtooth Avalanche Center :